A home-made page turner for a tablet music display. 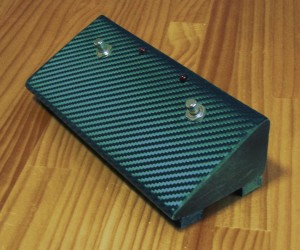 I’ve started using an Android tablet (Samsung Galaxy Tab 2) for displaying my sheet music. I use an app called MobileSheetsPro. I found that turning pages while playing is hard, so I built a foot-operated Bluetooth page turner. You can buy commercial models, but where’s the fun in that? What I’ve done here is not new – others have made these page turners – this is just my version.

I based the unit on a Adafruit Bluefruit EZ-Key that I was able to get on eBay for around A$30. I bought a couple of momentary-contact foot switches, and some other bits (on/off switch, leds, pairing pushbutton, breadboard). I used a 200mm-long section of 100×50 PVC downpipe as the housing. I cut off one of the 50mm sides, folded it into a triangular section, and PVC glued it back together again. That gave a sloping surface for my foot, and enough room inside for the back of the foot switches, the Bluefruit, and a battery pack. 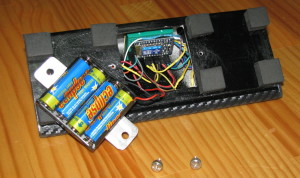 The battery pack became the access panel. The rocker switch turns the unit on and off, and the pushbutton puts the Bluefruit into pairing mode. The two LEDs (see first image) are for “transmit” and “pairing status”. The pairing LED flashes slowly when connected, so it’s easy to find the unit in the dark, and it reminds you to turn the unit off when finished. 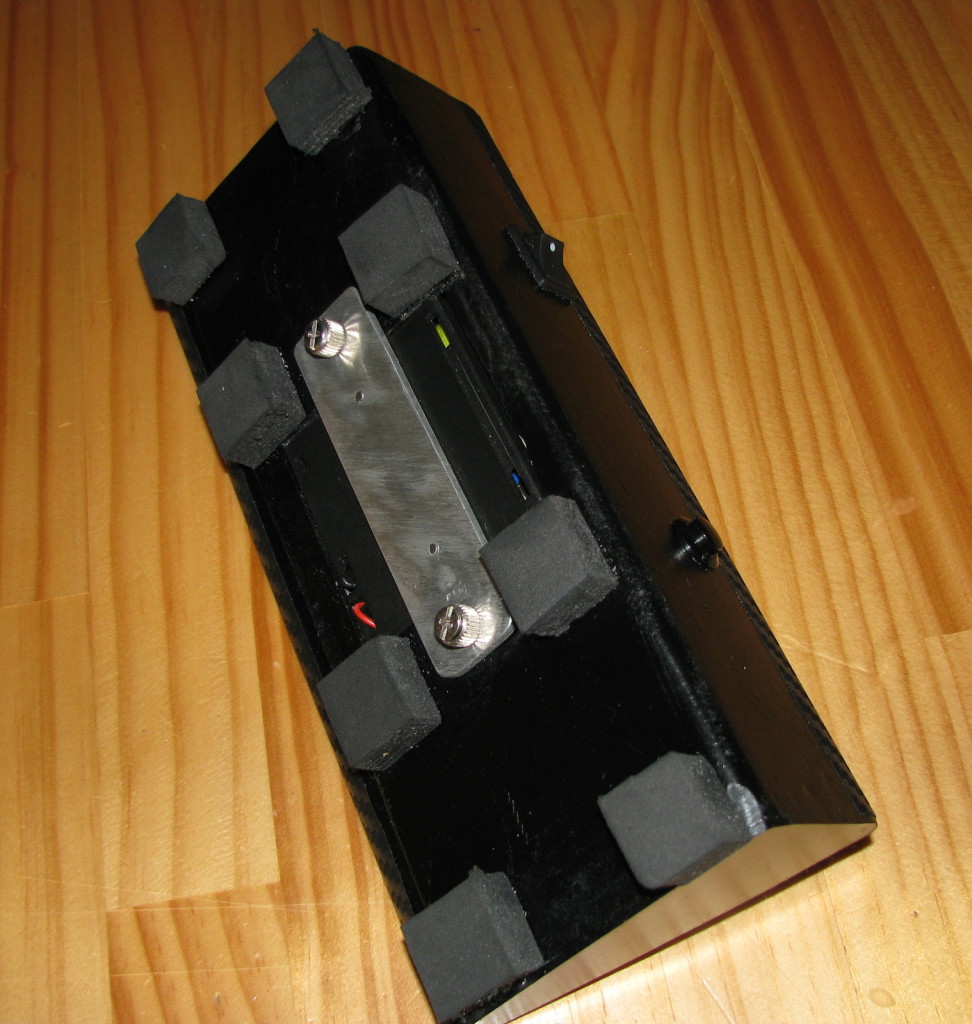 I painted it satin black and put some 3M fake carbon fibre sheeting on the top surface.

The unit easily connected with my tablet and worked faultlessly. I was surprised at the speed it connects to the tablet after pairing for the first time – it’s around 2 seconds! The app, MusicSheetsPro, has the ability to interface with page turners, and you can configure the app to respond to different commands (left, right, up, down, etc), and to filter out double-keys so you get only one page turn at a time. In addition, the Bluefruit comes configured with pre-set characters it sends by default, but it can be re-configured (via a serial port) to send anything, so if your app requires different commands to turn pages, it can be done.